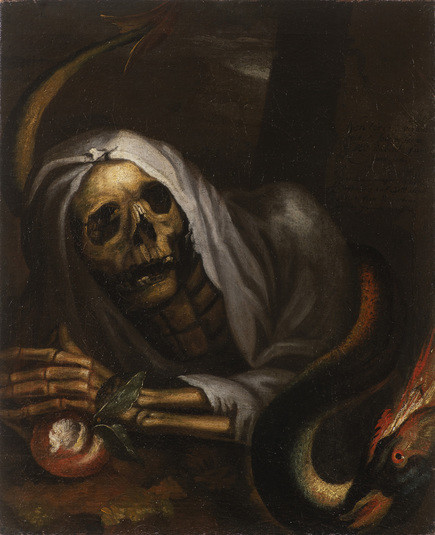 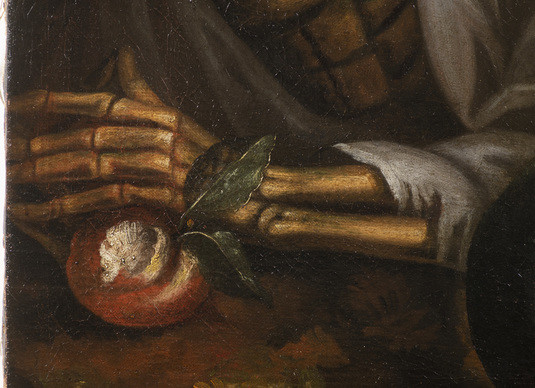 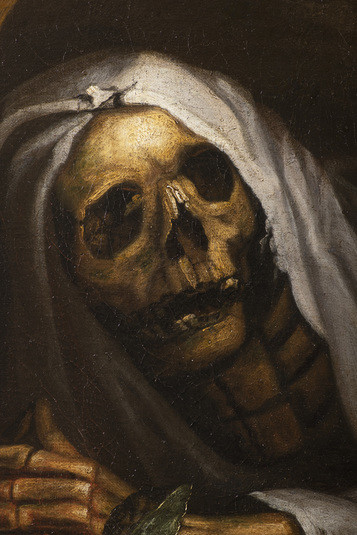 Memento mori (remember death) - the moral principle in stark contrast to the ancient debauched proverb Nunc est Bibendum (now is the time for drinking) - to remind man of his mortality and the transience of earthly life. In the Christian Middle Ages and early modern times, it predicted the coming final judgment and highlighted the emptiness and impermanence of human life. In art this is expressed most frequently as a human skeleton, skull, hourglass, and other attributes. The skeleton in the image under a gray hood rests on one elbow and leans out towards the viewer. The head is slightly bowed and its empty sockets staring as if calling the viewer to participate. On the table is a half-eaten apple from Paradise and a snake, symbolizing sin, wraps itself around the skeleton. (expert opinion: Alessandro Delpriori, PhD, Università di Firenze)
Share:
Subscribe to our Newsletter