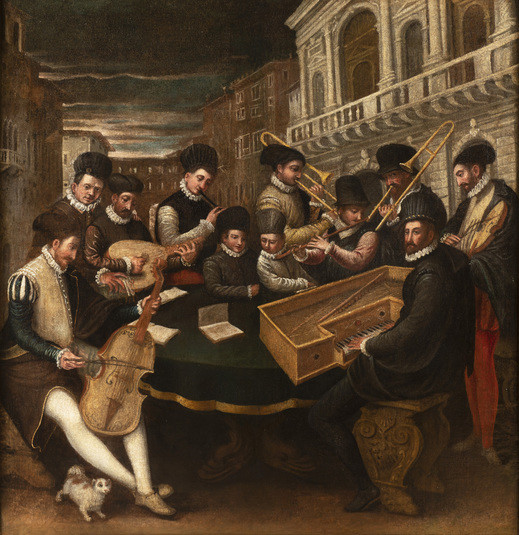 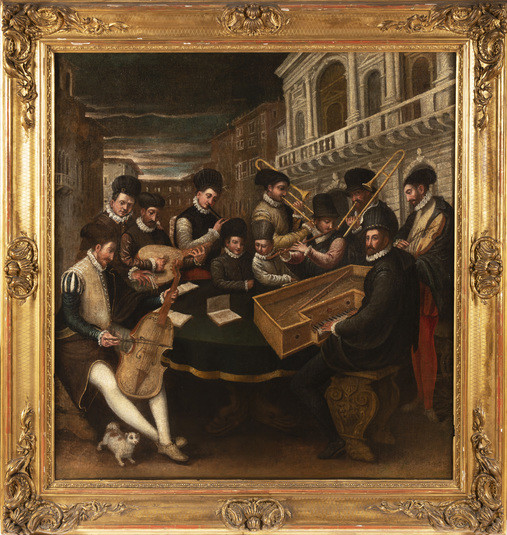 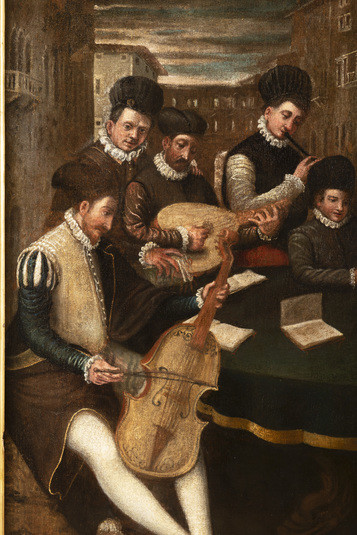 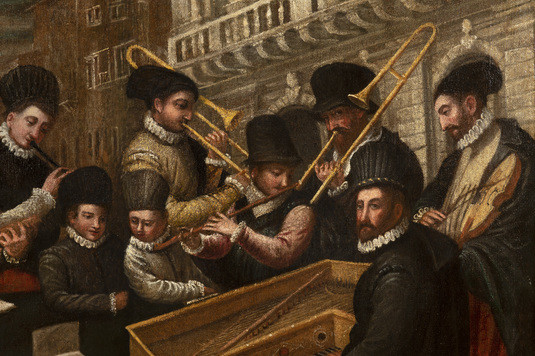 Flemish artist Lodewyk Toeput worked mainly in Italy. In addition to landscapes, his favorite themes include various receptions, parties and musical scenes. His work had a great influence on the next generation of Flemish artists (Joos de Momper, Gillis and Tobias Verhaecht, and Frederik van Valckenborch). In 1573 he arrived in Venice, where he worked in Tintoretto's studio and had his first meeting with Paolo Fiammingo, with whom he subsequently cooperated. Later he also visited Florence and Rome. The subject of the painting is a group of musicians performing on a city street. A hazy sky in the background, interwoven with silver and pinkish clouds, introduces a vague sense of unrest to the painting. All characters are fully focused on playing – only one glances straight at the viewer and one player throws a sideways glance which frames the entire figural scene in a semicircle. (expert opinion: Dario Succi, Gorizia)
Share:
Subscribe to our Newsletter