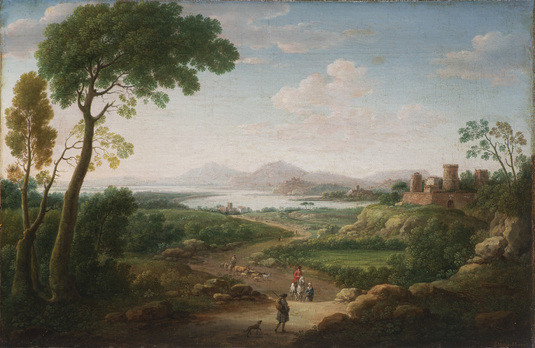 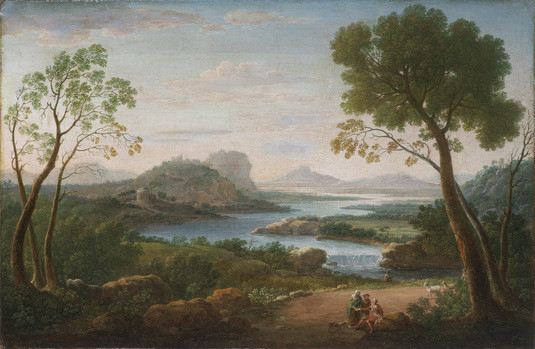 Hendrik Frans van Lint was primarily a painter of landscapes and urban vistas. He was part of a group of Flemish and Dutch painters working in Rome. In the first half of the 18th century he was considered one of the leading artists. Among his patrons were old Roman aristocratic families but also European travelers. His work was influenced by Claude Lorrain, whose work he studied in many Roman collections. He also has placed emphasis on the views of trees in his compositions. His broadly conceived spaces are filled with peace and inspire contemplation. The color palette is composed primarily of light bright tones. The first painting depicts a flat landscape with a dominant tree on the left and a castle on the right side. Through its center, a road stretches out of town, upon which a group of people from various social strata walks. On the opposite bank of the river, other cities and mountains are laid out, gently fading to the horizon. The second painting depicts a similarly executed landscape with a river with prominent meanders and a weir and a road, again with staffage. The scene is framed by tall trees.
Share:
Subscribe to our Newsletter