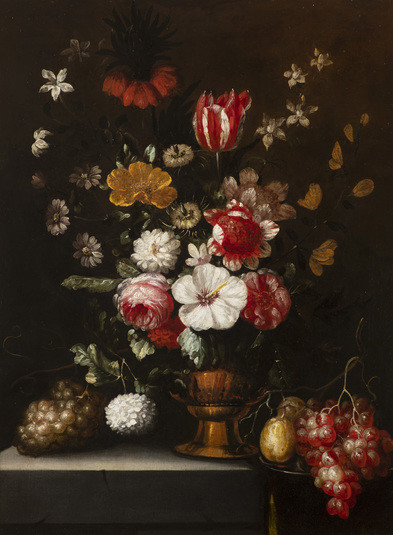 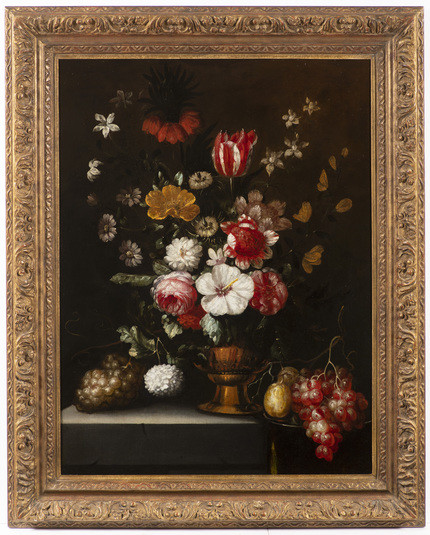 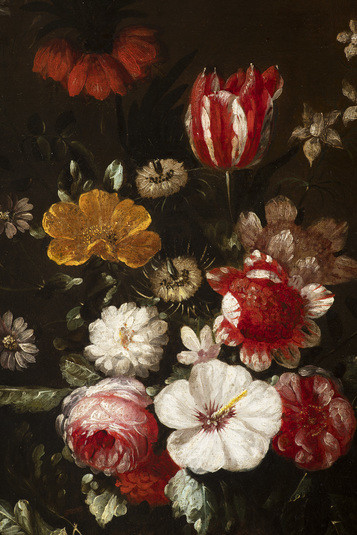 The real identity of “Pseudo-Simons” is not known. He was active in Antwerp and specialized in painting of still lifes. He is credited with around one hundred works, mainly fruit and flower still lifes and so-called “pronkstilleven”, a style of highly decorative opulent still lifes, developed in the 1640s in Antwerp. From there this style soon spread to the Netherlands. Although it is likely that the artist worked in Antwerp between 1650 and 1680, it is also possible, that he lived in England, which could explain the number of works attributed to him found in collections there. None of his paintings are signed and works are thus attributed based on similarities in style and themes: Mostly a bouquet with a fruit platter, lobster, sometimes accompanied by birds or squirrels. His style of painting refers to the tradition of still life painters of the late 17th century such as Jan Pauwel Gillemans the Elder and Jan Pauwel Gillemans the Younger from Antwerp. (expert opinion: Fred G. Meijer, Amsterdam)
Share:
Subscribe to our Newsletter