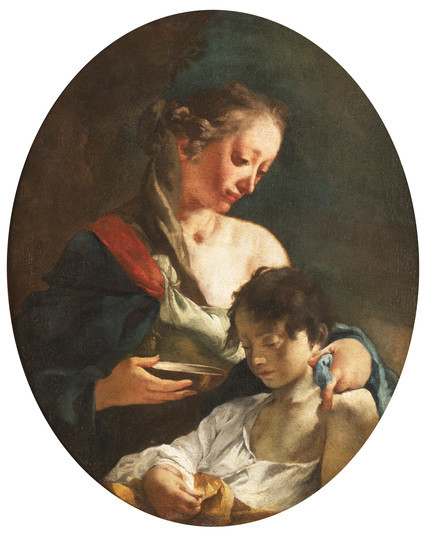 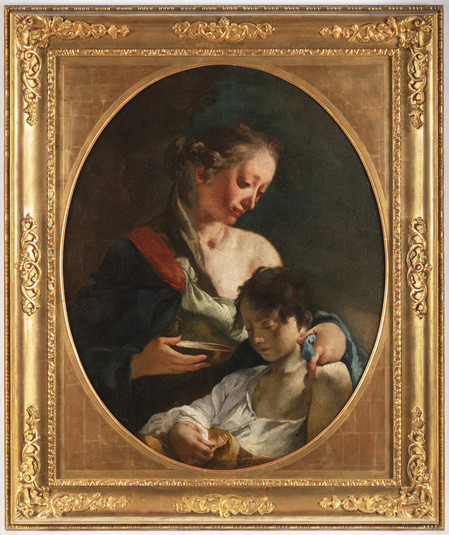 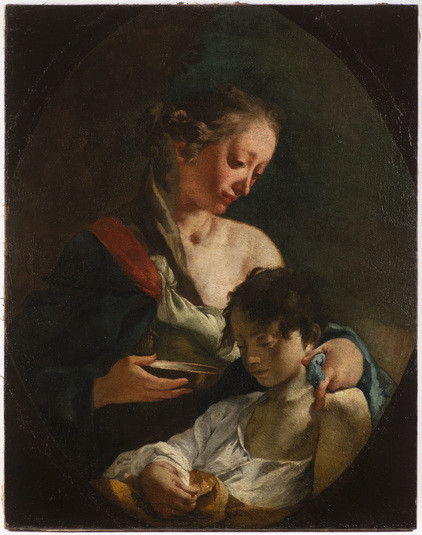 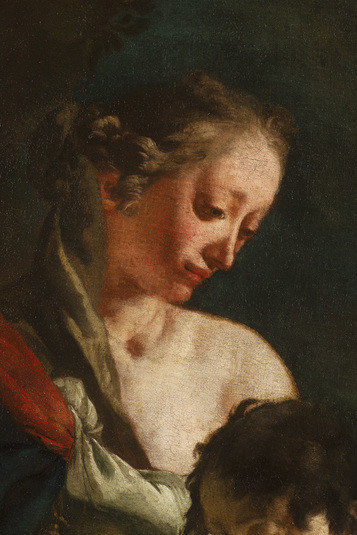 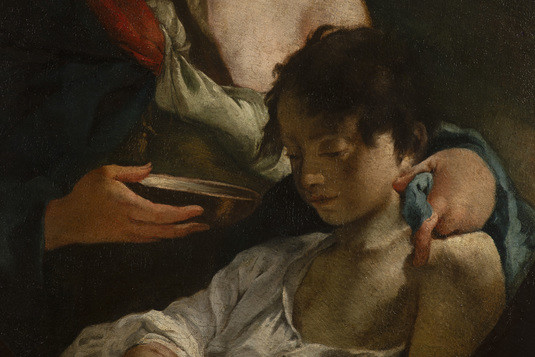 This recently discovered painting might very well be the first idea for the well-known canvas, a pendant to Abraham Visited by the Angels, of the Scuola Grande di San Rocco. The pair was bought by the Scuola in 1785 and neither the first owners nor the original location are known. Molmenti attributed the paintings in 1909 to Giandomenico Tiepolo, but following extensive criticism, Eduard Sack, in his 1910 monograph on Tiepolo, returned the attribution to Giambattista, dating it to 1732. In the Scuola’s canvas, the story is more articulated, focusing on the culminating moment of the painful journey of Hagar and Ishmael in the desert. The Egyptian slave, who with the support of the barren Sarah had given a son - Ishmael - to Abraham, is expelled after the unexpected birth of Isaac, son and legitimate heir of Abraham, and forced to return to Egypt through the desert. During the journey, they run out of food and water; exhausted, the young man falls to the ground but Hagar’s despair is alleviated by the appearance of an angel who guides the woman to a well, comforting her with the revelation of Ishmael’s future: his destiny as the founder of a great nation. In the painting of the Scuola Grande, Tiepolo shows a renewed interest in the chiaroscuro taste of Piazzetta, even though the rich and intense chromatic quality and the preciousness of the details reveal a different sensitivity and a human emotion enlivened by an inimitable poetic substance. A pathos whose intensity is fully revealed in this painting brings the composition of the Scuola Grande back to its original idea. In a bare setting, reduced to an indistinguishable mass in the background on the left, the figures of the mother and the son, as in a Pieta, are hit by a beam of light that illuminates the determined face of the young woman, suffused with a slight redness for the intensity of the moment and the paleness of the young man with his head bowed. The accents of emotion are woven into a light, trembling vibration of light and color that combines the vividness of the pictorial matter to a feeling of spontaneous mystical devotion. A masterpiece of essentiality, the painting dates back to around 1732 and is precursor to the canvas with a similar subject from the Scuola Grande di San Rocco. (expert opinion: Dario Succi, Gorizia)
Share:
Subscribe to our Newsletter