Once Europeans had fully explored their territory – enclosed, as it were, on three sides – they turned their attention towards the last “side”. In Latin, it was called oriens - the place where the sun rises. Not coincidentally, efforts to make sense of the world and be able to determine one’s position in it began to be referred to as orientation. Eastern countries had the reputation of being unpredictable and isolated empires up until early modern times.

It was only during the 19th century that Europe, at its technological peak and searching for its latest artistic face, began to find inspiration in the so-called “Orient”. The World’s Fair in 1851 played a large role, bringing exhibitions focusing on India, Assyria, and China to London. At the beginning of the 19th century, the Romanticists introduced oriental themes into their art, which the Post-Impressionists expanded on later in the century, building the foundations of modern painting where these themes remain today.

And that’s one of the reasons why orienting on the Orient became the topic of this exhibition. The basic concept was to create an environment where the energy of original Asian artifacts could interact visually with the work of contemporary Czech artists.

In the Czech milieu, we find links to various essences of Asia. With Tomáš Němec, we see it primarily his motifs. Patrik Hábl and Jakub Špaňhel are influenced by traditional Chinese painting from a more formal standpoint. Radka Bodzevič Doubravová’s compositional arrangements achieve a similar quality to those of Tibetan thangkas. Jiří Stráka and Petr Nikl explore classical Asian ink techniques. Milan Pekař’s exceptional porcelain brings to the project the most fundamental material associated with old China. Michal Cihlář pushes the graphical techniques associated with the Japanese to the more mundane medium of linoleum, but his work rivals their perfection. Veronika Richterová’s plastic “culinary” objects address the question of the Far East’s approach to environmental issues. The fact that the individual exhibits may not meet only in a neutral position is confirmed by the typical samurai armor and the exhibition panels themselves, which are arranged to form a stylized Chinese character for “prison”. 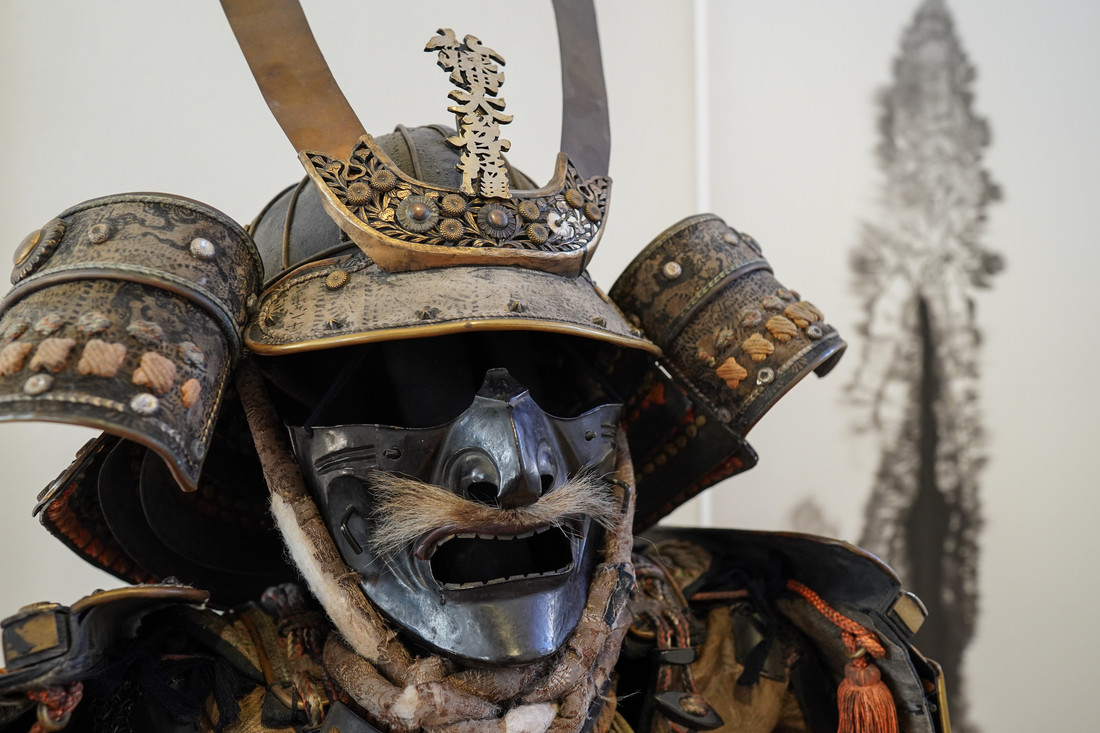 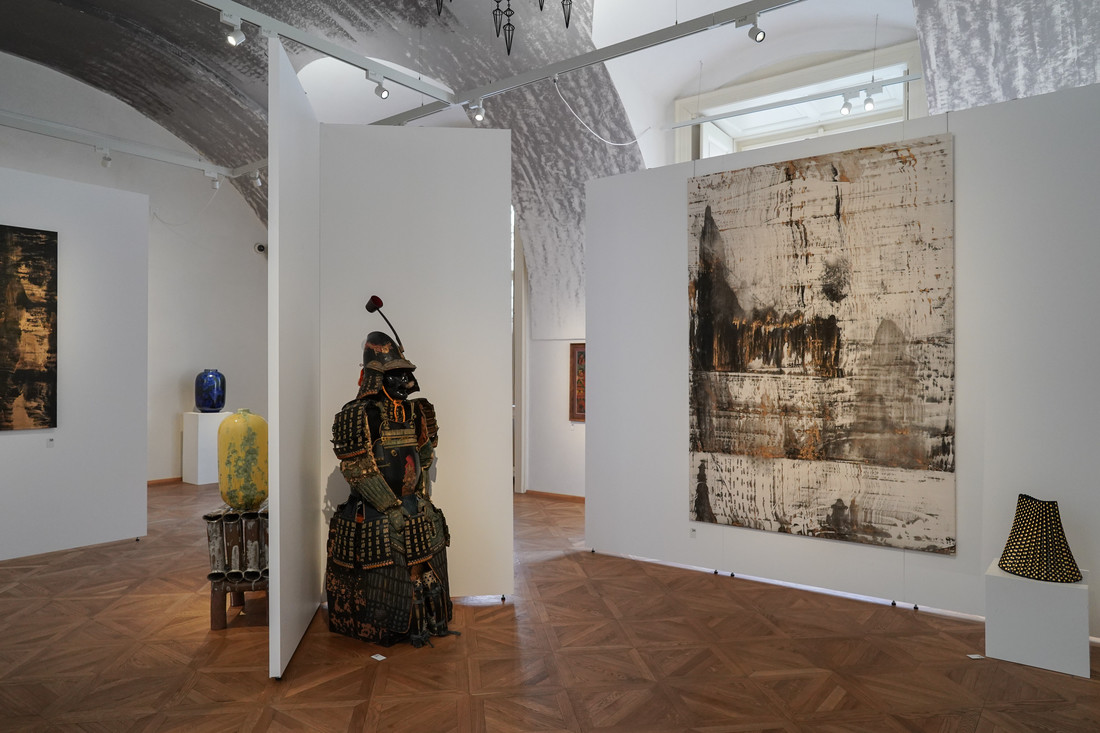 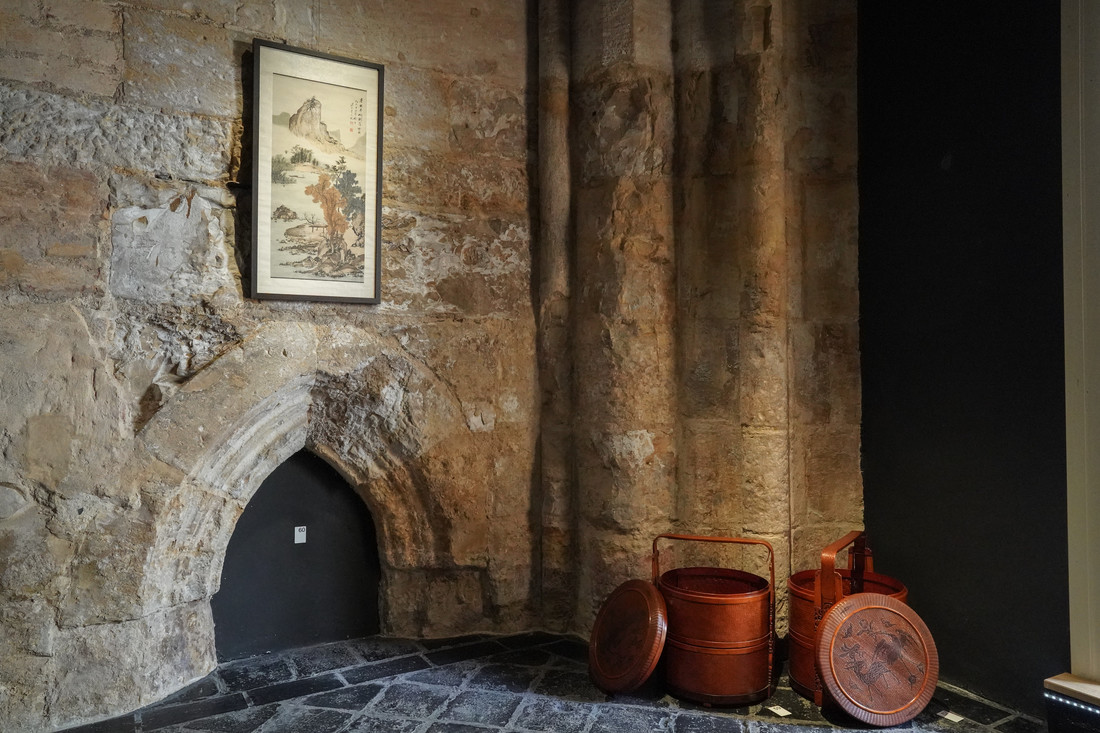 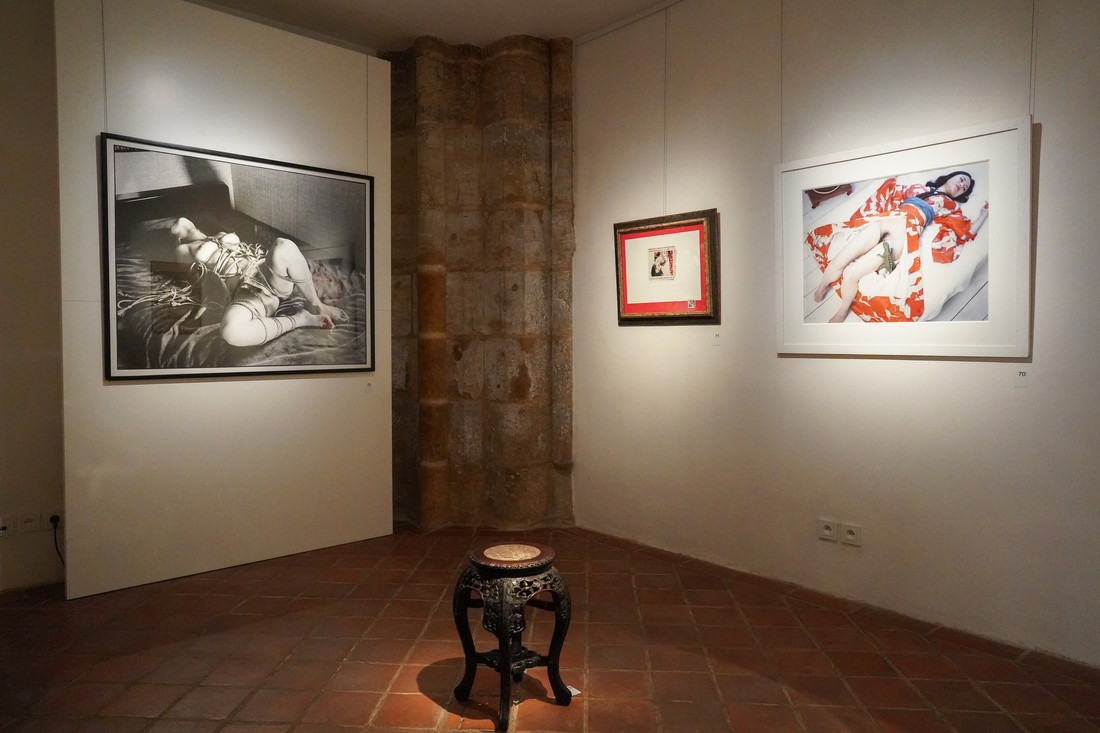 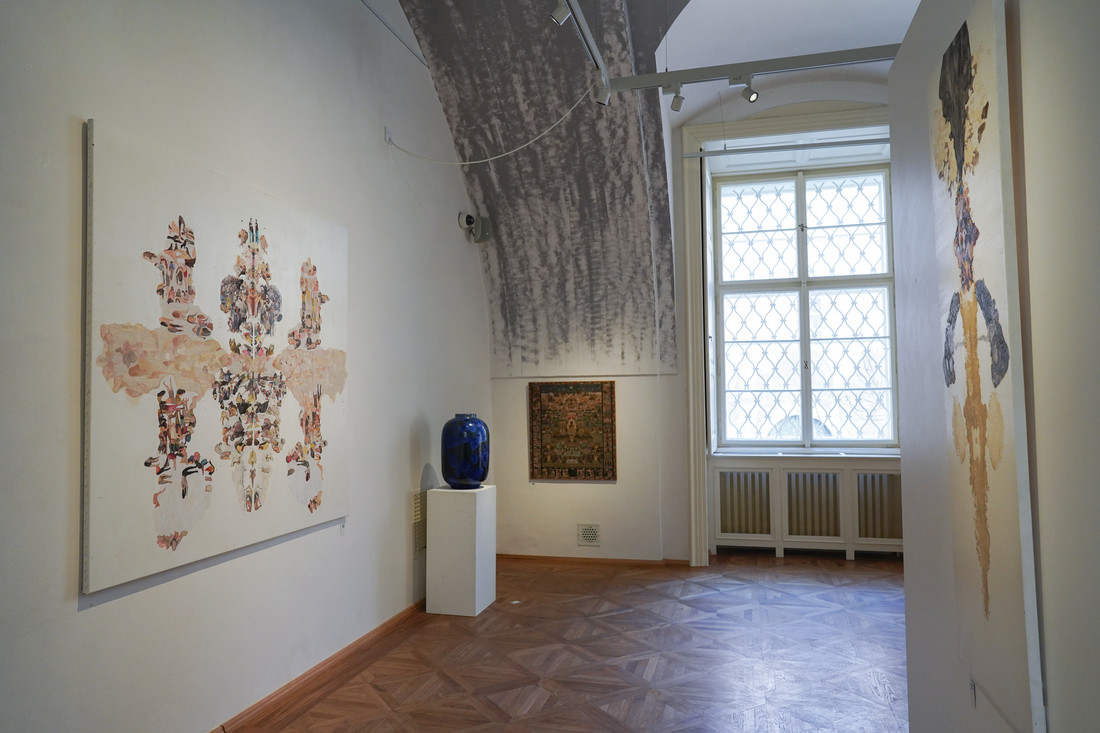 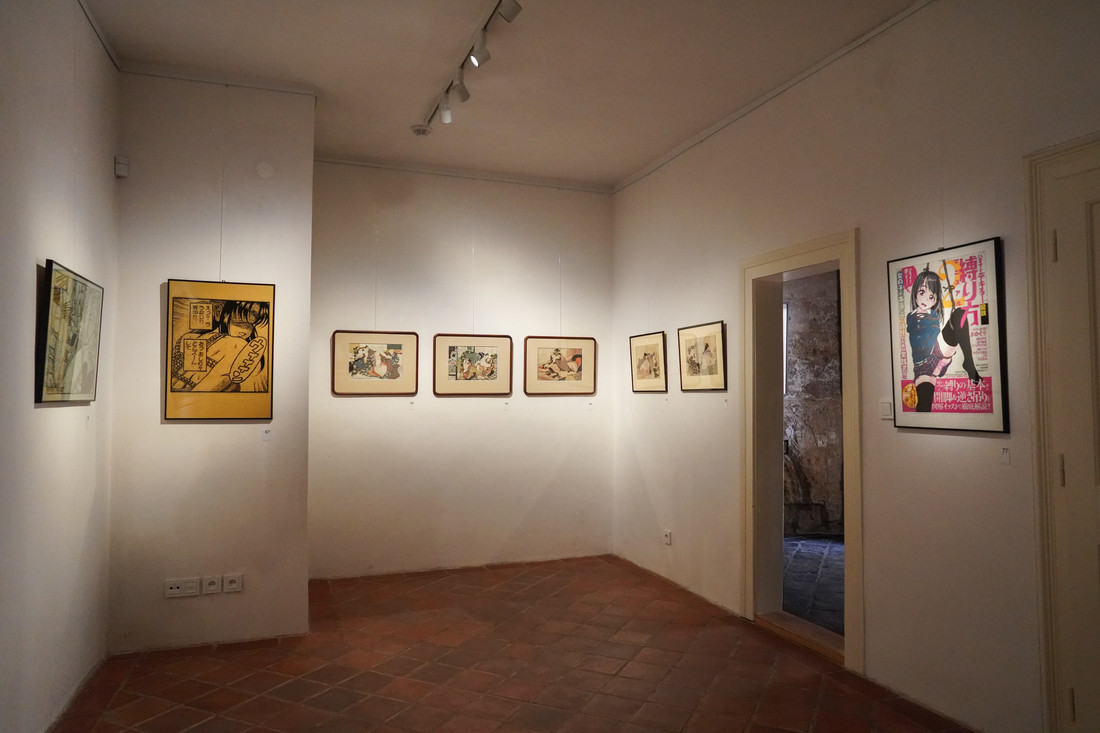