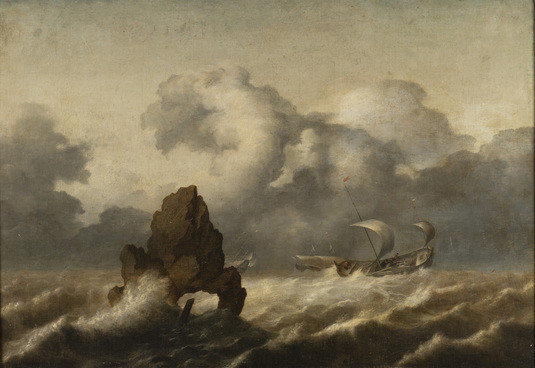 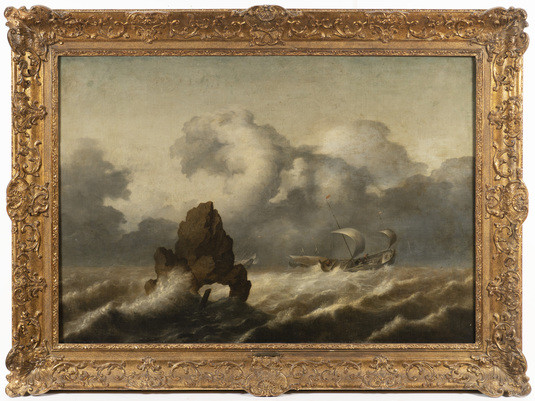 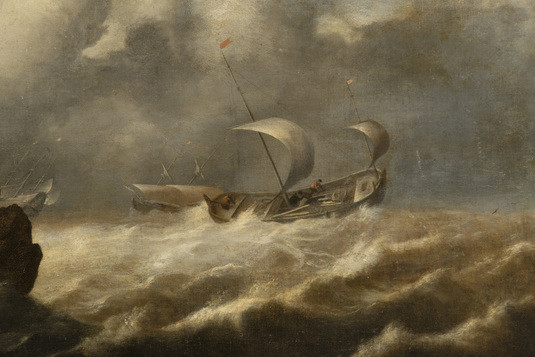 Dutch painter and engraver Simon de Vlieger excelled in displaying seaside landscapes. The beginning of his life was spent in Rotterdam, where he later married. In 1634 he moved to Delft. Here he became a member of the Guild of St. Luke. Subsequently he moved to Amsterdam, where he spent four years working on designs for the decor for festivities in honor of Maria de' Medici. He focused mainly on detailed depictions of ships, in harbor, on a calm sea, and in storms. He typically covers a large part of the canvas with the sky and clouds. His artistic influences include Jan van de Cappelle and Willem Van de Velde the Younger. The painting depicts three boats tossed by a wild storm with a jagged rock formation in the foreground.
Share:
Subscribe to our Newsletter